Which is best for IELTS – BRITISH COUNCIL OR IDP? 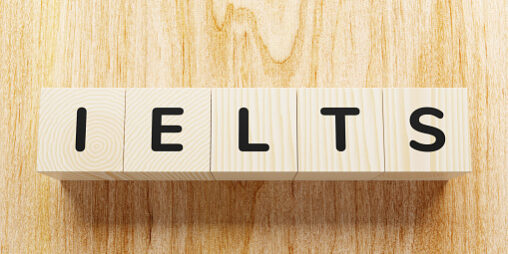 The foremost questions that hit minds while planning to appear for the IELTS exam are: Where test takers should take the IELTS test – IDP or British Council? Which one is better for appearing in IELTS, British Council or IDP?

Fret not and waste time in contrasting and comparing; IDP Australia and British Council.

In this article, let us try to address these queries and facilitate to opt for the best one.

Firstly, along with Cambridge English Language Assessment, both IDP and British Council cooperatively own the IELTS test. This alliance aid to facilitate this English Language test worldwide, and the consolidation idea is very well represented in its name: International English Language Testing System. Almost everyone who is planning to apply for a university program or getting a student or work visa takes a particular IELTS Score.

Irrespective of whether this exam is conducted by IDP or British Council, Test Report Form (TRF) and all Official Literature have stamps of all three organizations mentioned above.

What is the difficulty level?

To clarify, the IELTS test is completely compiled by Cambridge English Language Assessment, neither British Council nor IDP: IELTS Australia prepares material for this test. Therefore, the level of the English Language Testing exam is the same in both of them. Hence, whether a candidate appears at IELTS IDP: IELTS Australia or IELTS British Council, he has to go through the same test format and criteria.

As far as examiners and marking criteria are concerned, at both British Council and IDP, the IELTS examiners are not only trained by following the same methodology but are also believed to follow the same guidelines. Moreover, they tend to accomplish the same training course, following the same criteria of marking, and with same band descriptors. Rather the IELTS checkers are examined frequently to ensure that neither they are marking candidates too high nor too low.

Although there is not any distinction between both the test centers, yet one can freely opt for the best of the two.

What is the marking criteria in IDP Australia and British Council?

In Listening and Reading Modules, answers are clerically marked. The score is calculated on the base of each correct answer. While, every right answer is awarded one point, which is the same criteria at both the test center.

The other two IELTS Modules: Writing and Speaking IELTS tests’ are assessed by the examiner itself, and bands are marked ranging from 0-9.

What is the difference in the accent?

While, International Development Program of Australian Universities and Colleges (IDP) being Australian and British Council being British, both use the same range of English accents which is American.

However, in the case of the Speaking Ielts Test, the speaker can be of any country and can have an accent.

What factors to look after before choosing IDP Australia or British Council?

Be confident about the linguistic skills before applying for the IELTS test. Once you are ready accordingly book your test.

To avoid traveling and long hours of evaluation stress, it is advisable to choose the test center near to your locality.

Fees for the IELTS test be it for general Training and Academics are the same. Moreover, the difference in fees is negligible when British Council and IDP are compared. There is variation in IELTS exam fees depending on which country one takes a test in, however, it is never too cheap. Its breakdown involves: Designing the original test, Keeping the test updated, Marketing the test, Scoring the test, Administering test centers, and Monopoly.

All in all, this International English Language Testing System is set for evaluating the English Language skills such that it becomes easy for an individual to migrate, work, or study overseas. Further, test examiner, Ielts band marking schemes, and content are exactly same for both; IDP and British Council.

Share your personal experience on which one is better – British Council or IDP.

Which one is easier Paper-Based IELTS, or Computer-Delivered IELTS Exam?
February 12, 2021

UK special courses that are in great demand around the world
December 19, 2020

WhatsApp Chat is free, download and try it now here!