What Is the Duolingo English Test? 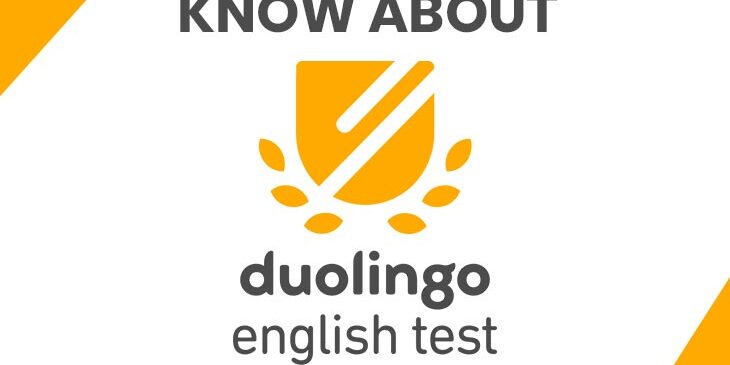 The Duolingo English Test is an online examination which is conducted on the personal computer of the student who is taking test. Just like IELTS, the test is assessed on four skills: Reading, Listening, Speaking, and Writing.

What Does the Test Consists of?

One see a variety of questions, which may be new to one. The Duolingo test includes:

Listening to spoken words and then selecting the correct one

Typing the statement that you hear

Completing missing letters from a text

Describing an image either by writing or saying aloud

Recording yourself saying a written statement

Choosing a topic and talking on same for 1-3 minutes

Speaking on a topic for at least 30 seconds

Responding a question by writing with at least 50 words

Responding in writing to a written question

Why Should I Take the Duolingo English Test?

Students are quiet excited to appear for the test as the test can be taken in the comfort of one’s home. The result of the test comes in just 48 hours and is accepted by almost 1000 institutes across the world.

Duolingo English Test allows student to send their test reports to ‘n’ number of institutes across the world without any additional cost.

How Do I Take the Test?

Just because you can take this test while sitting at home, it doesn’t mean there are no rules. In fact, Duolingo has some strict rules to follow to make sure that you’re the one taking the test and that too without any help.

You’ll need to be alone; nobody else can be in your room at the time of test.

How Is the Duolingo English Test Different from the IELTS?

Even though now IELTS is conducted also computer-based tests, and there are many differences between the two, however, the main difference is the person don’t have to go anywhere to appear for the test. The other highlights are timing and price. Moreover, IELTS is a three hours long and tiring test however Duolingo is lot shorter and a good option for the students. Also, the result come out within 48 hours of appearing the test.

How Is The Test Scored?

What Happens After I Take the Duolingo English Test?

After the exam is completed, it is sent to the proctors, and the student is notified by an email that how much one has scored. The turnaround time for test is 48 hours. One is allowed to take two tests within a 30-day period. The scores are valid for two years.

Once your scores are out, you can send them to almost 1000 institutions across the world and good part is there is no limit to how many reports you can send unlike IELTS.