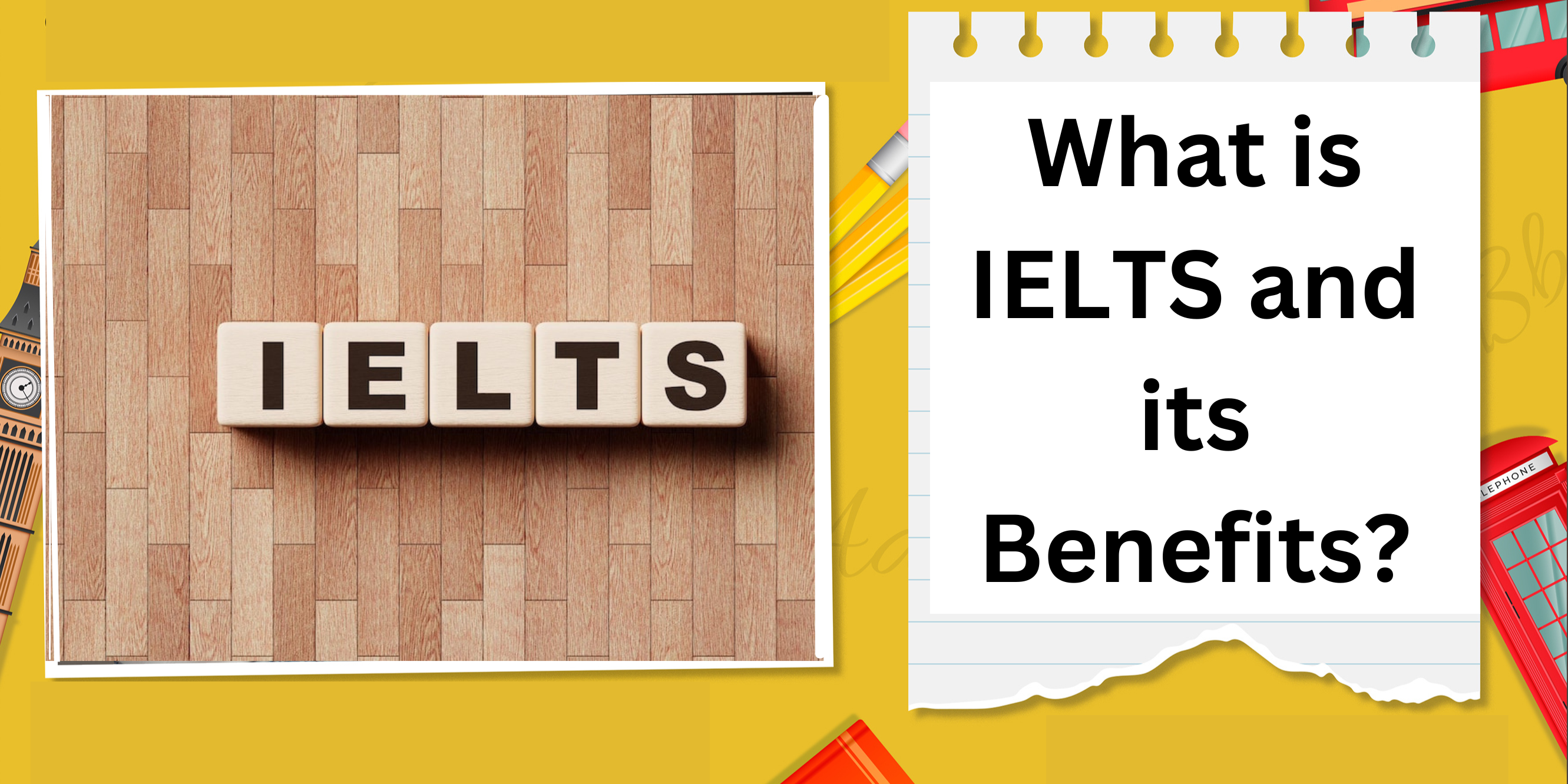 What is IELTS and its Benefits

IELTS, short for International English Language Testing System, (as the name suggests) is a common exam to test the English language – of those people who wish to move to a country which is predominantly English-speaking. The purpose of changing one’s domicile can range from higher studies, immigration to work related etc. Having found acceptance in almost all relevant countries, esp. for its uniformity and standardization, it is widely acknowledged in over 100 nations – including the UK, USA, Canada, Australia, Ireland, New Zealand etc. Meant for mainly non-native English speakers to check their proficiency level, it is determined on the basis of the band obtained. It ranges from 1 – 9, with 9 band being the best, which is adjudicated by two organizations.

The two that conduct it worldwide are IDP (International Development Program) and British Council. However, in India particularly, it is conducted totally by IDP, since British Council has sold its entire stake to them a couple of years back. Moreover, the exam focus has been bifurcated into two categories, which have gained large popularity. They are namely – Academic & General Training. The Academic is meant for those candidates who wish to secure a seat in a college or university in the chosen country, for the purpose of higher studies. On the other hand, General Training is for those aspirants who plan to work and/or immigrate. Diving deeper, broadly there are four sections to the IELTS test; namely – Reading, Writing, Listening and Speaking.

Expanding further, an IELTS exam preparation requires to study all the sections which are being discussed below at length, esp. those attempting the Academic –

Reading: The Reading section is done to understand your interpretation skills according to the given information and deducing logical outputs. Also, getting to know the subtle connotations and the author’s perspective, with reasons and attention to detail, is what the examiner is looking out for. The standard format followed is that it contains three long paragraphs which can range from existential and elaborative to digressive and abstract.

Writing: Next, the IELTS Academic Writing module includes IELTS essay writing, created to know the suitable response one can give to an intricate question in a persuasive manner, as well as penning opinions and approaches, not to mention the vocabulary and grammar utilized. The format that is usually noticed here is that it comprises illustrations or visuals which are required to be analyzed and decoded. One is required to give a description along with key characteristics with respect to the depiction given.

Listening: The third assessment is Listening which is based on comprehension. One is expected to take note of the viewpoints and the larger picture that the speaker wishes to elicit. This section will contain four parts, with ten questions in each one. Four recordings of native English speakers will be exhibited. They are most likely to begin with a casual discussion between two people on a superficial topic. The other can be a soliloquy (or monolog) on a social topic. Next on, the third is based on dialogues on any everyday topic between two or more people, which can be pedagogical (or academic) in nature or contain any other common discipline. Lastly, the fourth one is ideally a speech on a theoretical subject.

Speaking: The last section is IELTS Speaking exam, which is based on the oral communication skills on varied daily subjects and interactions. One should be able to assimilate the ideas in a consistent manner, along with rationalization and substantiation to be able to clear the IELTS Speaking test. This module is divided into three main parts, where the first is more or less an introductory and general conversation. The second follows with more specific topics which touch – lifestyle, technology, society, arts etc. Lastly, the third is a continuation or extension of the second.

Besides, various students wish to understand the pattern in real time. Thus, they can give IELTS Mock Test to understand their band and where they need to put more effort for further improvement.  There are two – ways, rather mode of delivery for appearing for the test. One can either opt for a Pen/Paper based type or the other being – Computer Delivery, however the Speaking test remains unchanged. Being a human-to-human interaction – conducted on a separate date from the other three sections, Speaking retains its essence. Finally, depending on the convenience and comfort of the examinee, one can opt for the mode of delivery.