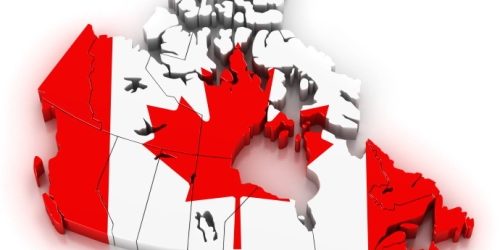 Canada, a profoundly developed nation, is the 17th highest ranking country in the ‘Human Development Index’. Its elevated economy is the 9th biggest globally. It is mainly dependent on its profusely available resources, other than its robust international relations, commerce & networks. It is also highly recognized for being a superior education destination for overseas students who are looking for a bright & fruitful future in their career.

Majority of its Universities are publicly funded. Out of the several Canadian Universities, there are four Universities in particular, which are always ranked in the top 100 globally, namely – University of Toronto, University of British Columbia, McGill University and McMaster University. An OECD survey conducted in 2019 reveals that Canada has one of the highest levels of pedagogy in the world & has the indomitable ranking of being the leader esp. in nurturing tertiary education. Having over 56% of its grownups with an undergraduate college or university degree, Canada lays enormous emphasis & priority on quality education esp in Universities – which is almost publicly funded. Earmarking an annual expenditure of 5.3% of its GDP, it spends magnanimously on tertiary education.

The Canadian Education system is traditionally split into Primary Education, Secondary Education and Post-Secondary Education which is imparted in English as well as French language across the country. Primary Education is compulsory which stretches the adult literacy rate to a jaw-dropping 99%. Officially, Canada is bi-lingual in nature. English & French being the majorly accepted languages of communication apart from other lesser-known languages. French is widely spoken in the province of Quebec – where English is the secondary language, unlike other provinces. More than half of the population are connected to each other through the English language whereas one fifth of them speak French. The lesser spoken forms of communication are Chinese, Punjabi, Spanish, Tagalog, Arabic etc.

In addition, Canada has very enriching multicultural ethics & values which is often reinforced by its Government esp in the areas of selective immigration, social integration and suppression of far-right politics. Chronicled by its British, French & native history, it has been a colossal & iconic contributor in the realms of folklore, literature, music, art, media etc. Owing to the above multilingual & opulent background, they have an ingrained sense of humour esp to do with paradox, lampoonery and sarcasm.

Canada enjoys what is called “full democracy” with an equalitarian status. Social justice is an ideology that is very much prevalent and a differentiating factor in the political spectrum. Harmony and justice are the ethos of the political system followed by the Implied Bill of Rights which happens to be the foundation underpinning the Canadian Government.

People in Canada follow quite contrasting & dissimilar patterns of Religions, having a superfluous array of faiths and theologies. Imbibing any religion is a constitutionally secured matter as it is considered to be a covert & internal subject, with a sizeable population identifying themselves to be associated with Christianity.

Also, Sports has “played” an instrumental role in bridging the divide among the multilingual community which has propagated and popularized many contests such as Basketball, Baseball, Football etc with its official national sports being Ice Hockey and Lacrosse. Other activities that are less exercised are Golf, Volleyball, Skiing, Cycling, Swimming etc.

Healthcare is of primary significance which is taken care off by the provincial and territorial systems, unofficially called Medicare. Ease of access and distribution of basic medicines is supposed to be the right of every legal individual. A vast majority of Canadians have enlisted for some form of Healthcare Insurance which is disbursed through the employers, apart from few other channels.

The weather and climatic conditions are mostly cold to frigid during winters whereas pleasant to warm during summers, not exceeding above 30°C on the whole, according to the witnessed pattern and statistics.