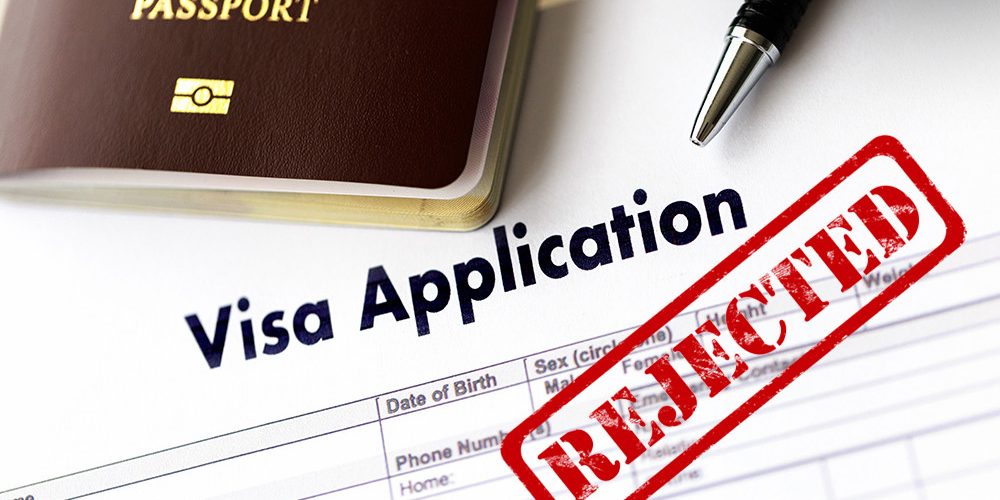 Is your concern related to Canada Visa Refusal?

Today, we’re going to cover the aspects of why there’s a surge in Canada Visa Refusal.

So, the first question that arises is what’s the reason behind the refusals and the Solution Canada Visa Refusal. The talk in the industry is that Canada is receiving an enormous number of applications & as a result of Covid, a large number of people in the embassy were unable to work which added to a huge backlog.

In order to counter this heavy pile up, they have a software called Chinook which is an AI (Artificial Intelligence) tool, based on Microsoft Excel that helps in bulk processing. Now, if a Visa Application Officer who normally used to perform 5-6 applications in a day & is now asked to clear 100 applications a day, then he will be bound to apply some sort of a tool without which it becomes practically very tough to handle & process the filing.

Since at this time of the year, Canada was overwhelmed with the application numbers, they began to use it. Though its not that it’s being used every time & everywhere to process visas. Only in situations when the Immigration Office feels that they are submerged with overflowing numbers of applications & they might get out of control, then the department is left with no choice. In addition, a lot of questions are being raised about its fairness & accountability. Therefore, it’s understandable that any AI tool can’t be fair always. Which implies it’s an ‘open secret’ in the public domain about its usage but the Immigration never officially acknowledges it.

Hence, the primary factors causing the refusal are –firstly, they are having excessive applications. Secondly, they are unable to give visa to every application as they have an annual capping to the number of applications to be accepted & once filled, they will have to refuse the rest. Now the very logical question that arises is – how is it fair as the bulk processing tool automatically filters (out) the applicants having low(er) IELTS score, which makes the Visa Officer to overlook the entire file. This has made the Visa processing to take about 2-3 months & the refusal by Chinook is coming only in a fortnight or at the most, in a month’s time. So be patient is the Solution Canada Visa Refusal.

Considering the refusals, now the students are left with no choice but to reapply. As stated earlier, this tool is not put into use always. Only when the Immigration is flooded with the insurmountable numbers, then they are forced to use it. Also, this is an ‘under the table’ tool which means that if they are asked by the authorities to discontinue using it, then they remove it. It appears that, at the moment, they are under pressure (to discontinue) as there is a substantial number of applications that are getting confounding & confusing refusals which is bound to happen – when an AI tool is going to make decisions. Immigration Team can show a better outcome as they are working in person now.

The main points one should always keep in mind when (re)applying is (low) IELTS score. Other than that, Take care of Academic scores, good explanations for the gaps, if any. For instance, many refusals that have come to me have only mentioned “Covid Delay” – which makes no sense. One should document it & explain it well. Elaborate ‘Progression’ very properly as it is also a major factor. Which course one is opting & why should be well explained. What are the benefits from taking up this course? Well document all these points. One of the biggest reasons for refusal is low IELTS Score.

Also, Visa Officer usually wants to understand Progression. For e.g., a student has selected a particular course & upon its completion (s)he will state that they will return to their native country & has no intention to remain afterwards as an immigrant. So, if the course is beneficial for the career. Then one always needs to explain how it’s going to help in the vocation. Therefore, Progression should be well documented & should be chosen according to one’s qualification & history. The course should always corroborate with your previous profile & state the reasons how the program is going to improve the job prospects once you are back to your country.

Another point that one should never forget is the tremendous significance for – ‘SOP (Statement of Purpose) (& Cover Letter)’ esp in cases of refiling. Even though, in a way there is a contradiction that if Chinook is doing the filtering. The SOP becomes the single most important paper in which you showcase your intent. The SOP will further reinforce your profile but otherwise also, it should make sense. For eg., If one has done BBA & is now choosing a course in Law, then of course, it makes no logical relation – but to further support & build your application, the SOP will play a pivotal role.