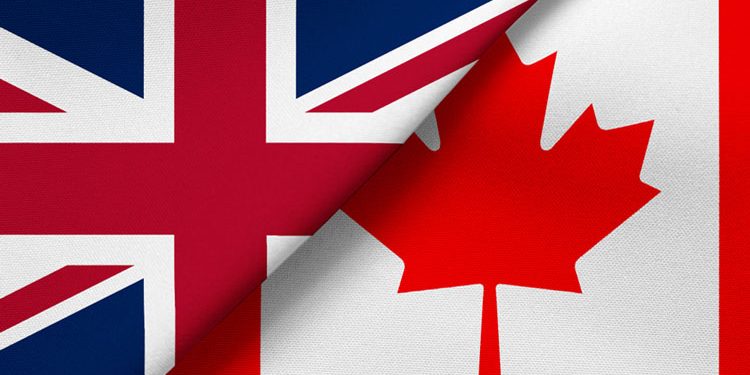 The UK vs Canada

Inspired Overseas welcomes You. Today, we have a very hot topic to discuss, which is whether we should go to the UK or Canada from a student&#39;s perspective, so what do you think So, it completely depends on which perspective we are looking from. And you know, it is very easy to get stereotyped. I get lots of students who say – The UK is too expensive. Let me clarify that It is a myth because it completely depends on your perspective. So first of all, to lay down the foundation of it, we all have to understand that the UK & Canada follow completely different education systems, okay. So first, let’s take the point of view of an Indian student because majority of the students that we get are either going for undergraduate studies or post graduate studies. So, the UK education system is 10 + 2 + 3 + 1. .. so 10, then 12 …. +3 years Bachelor’s Degree &amp; one year Master’s Degree. Canada has four years Bachelor’s Degree and two years Master’s. Now this creates the whole difference between UK & Canada. Typically, if a 3-year degree student comes to us, his choice of programs for Canada completely changes to the UK because UK accepts three years degree &amp; one can very easily get one year Master’s degree. If we compare that to Canada, then firstly, it’s very tough to get in &amp; even if one gets it, he’ll have to do minimum of 2 years Master’s. So, if we look at such cases & compare the cost of education between the 2 countries, then of course UK is less expensive, because Master’s in UK is only 1 year which creates the whole difference. After that, the subsequent thing that comes is that its cliched that UK is more expensive in terms of living cost which mostly depends on various factors. If you are comparing central London to maybe a typical city in Canada, then yes, London is more expensive, but not the entire UK. So, one also needs to keep in mind where you are going to reside. The 3rd & biggest difference that comes in the picture is that of Permanent Residency (PR) program. The PR program of Canada and the UK are completely different. Canada has one of the most vibrant permanent residency programs. One may study for two years; you get a three-year post study work permit. Now Canada allows this post study work permit regardless of a diploma or a degree, whereas the UK is very particular. It has to be a Bachelor’s or Master’s degree. Also, in the UK, PR is a lengthy process. You have to continuously work for at least five years to be eligible for PR. So, one has 2 years post study work permit &amp; after that you will have to get into Tier 2 skilled worker program. That is your only route to getting PR. And you have to continuously work for at least five years to be eligible for PR. Whereas in Canada, of course, there are technicalities there too, but you can be eligible for PR within one year of your job as long as it is a skilled job. Therefore, from PR point of view, Canada has an advantage.

The UK also has a permanent residency program, but it’s way lengthy. And, if we talk about quality of education from students perspective. See the UK has 160 odd universities, Canada has one fourth of those. So yes, the UK has traditionally been a hub of education but Canada is not such a big hub. So, Canada has some very fantastic names in international education, but yes, if I’m talking in terms of post graduate, the UK has far, far, far more options because the UK doesn’t have this problem of seats for post graduate students. For Post graduate, Canada has very limited quota.

Even the top universities have 2 – 4 percent quotas for international students because they are struggling to accommodate their domestic students. The UK doesn’t have any problem like that which is point number one. Point number two, matching India&#39;s entry criteria becomes an uphill task as majority universities don’t consider 3 years degree. Also, the problem of seat availability arises. The entry criteria for the UK is far more lenient with respect to curriculum. In the Indian curriculum, a candidate who has studied BCom, BBA, BA etc., it becomes very easy to accommodate in various available programs whereas accommodating the same students in the Canadian programs becomes a bigger struggle because what we follow in India is closer to the British curriculum.

It’s not closer to the American curriculum. And the cost is, as you said, it is not that expensive. It’s barely the same? So, the UK, generally speaking, what we do is that we compare the Canadian college to the UK University which is not fair. College, of course, will be cheaper because those are vocational or trade programs which usually has an annual fee of $15000 -16000. So, comparing it with a University in the UK isn’t justified. If we want to compare, then one should compare the Universities of both countries which doesn’t have a very vast difference. Maybe about 10-20% difference would certainly be there but that difference in the UK gets compensated by the duration of the course as the UK one is shorter. Canada has 4 years degree whereas the UK has 3 years degree program. So, if you look at the annual cost, then UK might be 10-30% higher but at the same time the program is faster. If you look at Master’s, the UK fees is Rs 15L – 20L pa. for one year. Now a Canadian program would cost about Rs 12-15 lakhs pa but it’s a 2-year course. So, if we calculate the total cost of the program, then in majority cases, the UK comes out to be economical.

And what about exposure in terms of somebody who says what about their career, their jobs? So, there is no doubt the UK attracts more nationalities. Typically, if I’m studying in a let’s suppose a medium university in Canada, like Windsor or maybe University of Prince Edward Island or Cape Breton and at the same time we take an average UK medium ranked university like Brunel, Leicester, Lancaster etc. The proportion of international students will be way higher in UK because the UK attracts more nationalities, In Canada, to get that big an international mix is less. So, if quality of education translates to international communities, then its greater in the UK. If we talk about the curriculum, then both have a lot of potential even though both universities have designed it according to their countries and their job force. So, if we talk about returning after completing the studies, then yes, UK seems to be a better idea. If you plan to settle in the country of study, then the UK degree won’t work in getting a job in Canada that easily &amp; vice versa, So, one should ideally plan beforehand what one intends to do after completing the academics.

So last but not the least, how will you clear this myth. Which one to choose, UK or Canada. You have to keep the facts in perspective. Every case is a different. One has to introspect &amp; check the reason &amp; purpose of studying abroad. If the ultimate interest is PR, then most students will pick Canada against the UK. On many occasions, for PG students that means sacrificing on their whole course, the whole career. If someone has a 3-year degree, then in such a case, the UK can make good sense. At least you will not have to sacrifice on your course choice. Of course, you can get a better course choice but the PR is slightly challenging. You’ll have to prove yourself. It’s not that you’ll get it easily. There are more technicalities to be met than in Canada. So, its going to be case to case basis. For those undergraduate students who have PR as first priority, they can opt Canada easily & even get good choice of universities but for post graduate students, the UK becomes very, very attractive. Also, one can forget about getting PhD in Canada as it becomes highly unlikely which is far simpler in the UK